Few years ago, if anyone mentioned “Calgary”, things like Rodeo, Cowboys, conservative cowboys would come to mind. Enter Naheed Nenshi, a young Harvard-educated councillor who protested a 6% pay raise given to councillors by donating 6% of his income to charity.

Naheed was at the right place at the right time during the 2010 Mayoral elections. Calgary and Calgarians in particular were fed up of stereotypes that painted their city as conservative and regressive little diversity and zero creativity. Nenshi started off his politicial campaign on a grassroots level – a facebook page. Soon his ideas resonated deeply with Calgarians. A “purple” wave took over the city. Twitter was heavily used to garner organic support. Nenshi was voted in with 40% of the vote, easily defeating two of his main opponents.

Nenshi’s sharp focus on his core messages delivered through social media tools in 2010 and winning in a region that was used to seeing politicians hold on to power for decades was nothing short of a revolution. Rest of Canada definitely started to see Calgary in a more favourable light as a modern, progressive city.

One may agree or disagree with his policies but even after the election he has stayed consistent in being accessible to the public. While politician Joe Smith (or Joe Smith’s entourage) tweets about Joe’s visits to a gala, or formulation of a new policy of their government, Nenshi personally replies to his constituents and followers on twitter sometimes even giving sharp pointed responses backed with facts. He has managed to shed the image of stuffy politician. Huffington Post has called him “The coolest Canadian Politician on Twitter” in an article highlighting his infamous tongue-in-cheek replies.

Without Social media, Nenshi may or may not have won but with social media Nenshi and his team were able to tap into the apathetic youth municipal vote. It was certainly helpful that Nenshi delivered targeted messages in his campaign and remained consistent across all mediums and has built a solid personal brand for himself.

Now if we could only have a Mayor swap program in place, that would be ideal (le sigh)

2 thoughts on “Mayor tames the Wild West of social media” 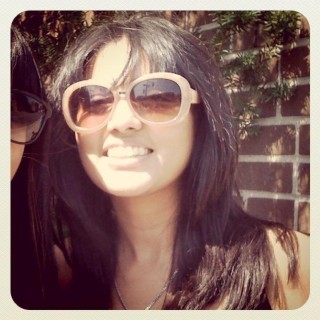